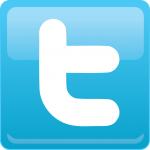 Twitter has made a new announcement that is expected to attract more creators in Twitter and continue with them for a long time. Twitter has announced a monetization program specially for the creators that can make them to include pre-roll ads. This program has been specially made to be available for Amplify program members in U.S. The monetization program will help the users to check their tweet with a tick to get nominated for the pre-roll content. The creators in Twitter have been criticizing this social media platform as they were not able to succeed with their incentive programs. This is mainly due to Vine that has been facing lot of problems in last few months and most of their executive having joining other social media platforms. Twitter has few important points to make this monetization program successful which includes refining their product, maximizing the live video, support the creators, ensure users safety and join development community.

Twitter has also introduced new measures to increase their presence within a creative community that would support the users to show Vine loops as well as get connected directly from Twitter. The creators are looking forward for this new monetization as it would help them to reach to more people similar to Facebook. With this new program, Twitter is expecting to get few important benefits such as getting a complete control of this program participant to opt-in videos with tweet. It is also possible to get leading revenue share and the content is possible to get opted-in the monetization perfectly. This helps the creators to select and monetize it in Twitter and also other similar platforms.

The creators have the chance to post the content in Twitter which would automatically increase the monetization capability. In the Engage app from Twitter, there is a new option called as Earnings which has been specially introduced for the creators and it will help the users to have a track about video ads. Another option from Twitter is Media Studio that supports the creators to manage as well as publish the video content in Twitter. The Media Studio is a special tool that features a set of functions that helps the users to get information related to their media, system stability, tools to schedule tweets and more.

All the monetization options in Twitter have been specially updated for the creators, but it is yet to see what influence it has on the video influencers. Twitter has been failing to keep up to its competitor to introduce new options for its users and they have also taken their own time for introducing such monetization tools for its users. To make this successful, Twitter has to increase their content reach to all the publishers to make them stay with this social media platform. Apart from these options, Twitter is planning to attract more number of audiences with its TV deals that would keep their creators intact without making a big move.